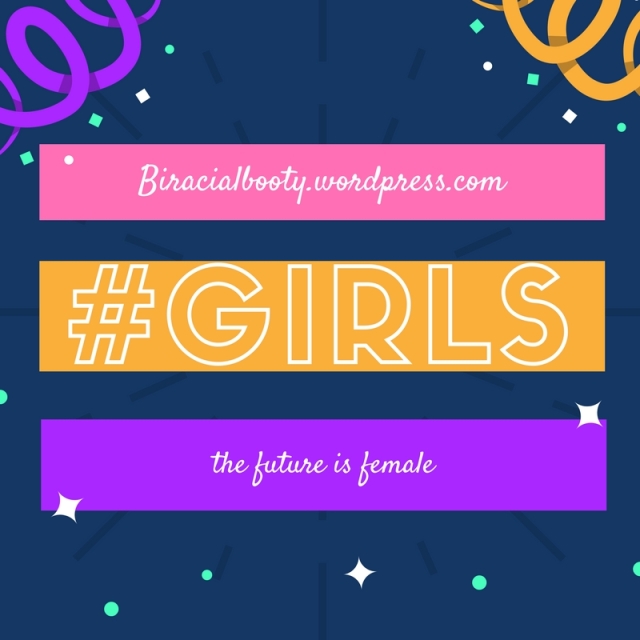 One of my very first blog posts was a shameless plug for my Spotify playlist #Girls (which if you have not read, you can read it here!) I talked about the creation of the playlist and my favorite songs on it. Since that was posted, I have added more songs and created a lil graphic for it (above)! I wanted to give y’all an update to some of the songs that I added because they are FIRE. Go check out my playlist, linked above, and listen to these jams!

This Is Me (From the Greatest Showman) – Ke$ha

If you watched the Oscars on Sunday then you saw This Is Me performed by Keala Settle and if it didn’t have you on the verge of tears then you might need to defrost your heart. This song is so unbelievably inspirational, as I was writing this post (and listening to the song on repeat) I created a new playlist called Morning Motivation, which is probably just going to be this song on repeat. Ke$ha’s long battle with her producer at Sony Records makes this song even more powerful. She has fought so hard to be where she is and has faced so many obstacles in her career, but she is stronger than ever and kicking ASS. I haven’t seen The Greatest Showman, but if it’s half as good as this song then I don’t know why it didn’t win every single Oscar in the world. Still not even sure why this song didn’t win the Oscar, but the song from Coco is still fab and VIVA MEXICO!! Long story longer, listen to this song and get ready to fight your demons and come out on top.

DUDE THIS SONG IS SO BADASS AND IT’S FROM A NICKELODEON SHOW. Victorious was such an underrated show, the songs were so unbelievably good, there’s 3 of them on this playlist. This song is sung by Jade, the gloomy badass, and from what I remember, this is the song that reminds Beck how much he loves her and exactly why he loves her. Jade doesn’t do anything quietly and she doesn’t take any shit from anyone, and that’s what this song is about. The lyrics “you push me back, I push you back harder. You scream at me, I’ll scream at you louder” sum up Jade perfectly! This song doesn’t even sound like it’s from a Nick TV show. Feel free to ask my roommates about how I’ve had it on repeat for a week.

In today’s “Time’s Up” and “Me Too” movement world, this song fits in perfectly. In the episode, Jade and Tori are being hit on by two boys at a sushi bar, and they will not for the life of them understand no, so Tori and Jade sing the song on karaoke. Throughout the duration of the song, they still don’t understand that no means no, until the very end of the song when they finally get up and leave. I think this oh so perfectly sums up boys. A lot of the times, they think girls are playing hard to get or that they’re playing games. If a girl says no, it means no. It doesn’t mean “maybe” or “ask me again in 30 seconds,” it means “no.” The beauty of the Me Too movement is that men (and the rest of the world) are finally learning that rape is not the only form of sexual assault. There are plenty of things that men do, from catcalling to slapping asses to unwanted kisses, that are not welcomed by their intended recipient, yet they happen anyways. Again, long story longer, this song is a jam and makes me want to fight boys and sing karaoke with my girls.

I literally added this song to the playlist this morning. I first heard it at about 9am, it is now 12:15 and I’ve listened to it about a million times. I’ve been a long time fan of Lady Gaga, she’s always been someone who did her own thing and didn’t really listen to people’s negative opinions, and that always inspired me. This song is beautiful, the beat is banging, the lyrics are pretty, and her voice legit gives me chills. Lady Gaga’s vocals are so underappreciated, she has such a beautiful voice!!!!!!