Global Warming is real folks, Ru Paul said so. It’s another installment in my Ru Paul’s Drag Race Lupsync Reviews! Spoiler’s ahead, read at your own risk. This week’s main challenge was a Global Warming Ball. The Ball episodes are always some of my favorites because the looks that the queens turn out are AMAZING. In honor of the Global Warming Theme, we will be using fire emoji’s to rate each queen’s performance and the song choice and everything else that I rate. Keep reading folks!!!

Decision of the Bottom two: 5/5 Fires
🔥🔥🔥🔥🔥
Dusty Ray Bottoms was just a miss all night. Her outfits were good, but they were not up to par with everyone else’s and they missed the mark on the theme for all three looks. Monet X Change also

Monet X Change Performance: 5/5 Fires
🔥🔥🔥🔥🔥
Dude, thank god she took off that god awful bottom to her dress. Her fake out death drop HAD ME IN TEARS, I was GAGGED!!!!! She was hilarious the ENTIRE time, and the final split towards the end really just sealed it in. She really lipsynced for her life, she wasn’t going to let anything or anyone stand in her way of staying in this competition.

Dusty Ray Bottoms Performance: 4/5 Fires
🔥🔥🔥🔥
She turned it OUTTTTT. But as she said after she left, she’s a punk rock queen, not a Nicki Mina queen. She killed it, but you knew from the beginning that Monet had it in the bag.

Judge’s Reactions: 4/5 Fires
🔥🔥🔥🔥
When Monet X Change did her fake out death drop, the judges LOST their shit, Ru Paul showed an emotion for the first time all episode and it was HILARIOUS. Honestly, anytime you can make Michelle Visage laugh out loud, you did something genuinely funny. The judges were laughing the entire time, and Ru Paul said “this is how you lipsync for your life” and It truly was. This was a FIRE lipsync, and will definitely be added to the drag race hall of fame lipsyncs.

Dusty Ray Bottoms Exit: 2/5 Fires
🔥🔥
“Waps?”
I didn’t get it? Did I miss something? Someone LMK? I’m sure this is on brand from here but I think I missed the memo. Regardless, Dusty is going to do GREAT post drag race, and I’m so excited to see what she does in the future. 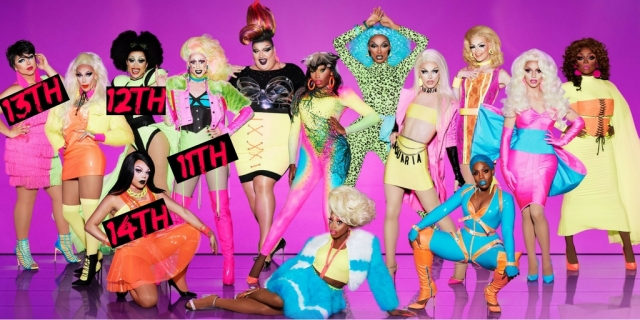