This Bachelor is known for being a trash TV show. Which is why I love it. It’s just watching a bunch of girls my age, pretend they’re ready to get married and have kids, and we get to watch a hot guy fumble his way through dating 20 insane chicks. This season is obviously no different. Well, except it is a little crazier because every season is always the most dramatic season ever according to Chris Harrison. The bachelor this season is an absolute SMOKE SHOW. Colton, I love you. If you’re reading this, please drop whoever you picked and pick me instead. I love you. My friends were recording videos of the tv while we watched last night and all you can hear in the background is me just being thirsty AF over him. I’m a mess. But LOOK AT HIM. He’s cute and hot at the same time and I literally just want to lay on top of him and tell him how pretty he is. 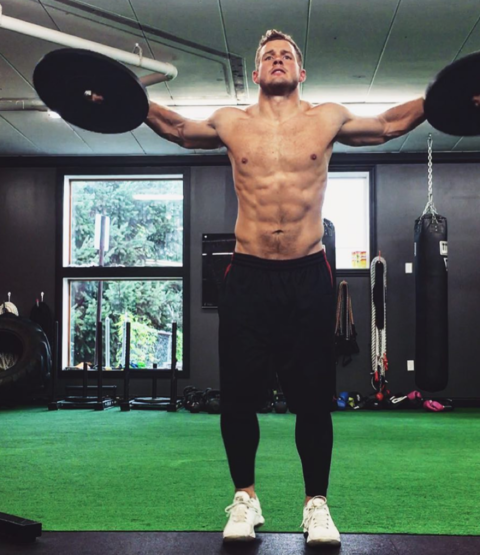 That’s not the point of this blog, I’m sorry. Moving on.

Colton is a virgin. The literal tag line of this season is “what does he have to lose.” I’m SOOOOOO Over it. I had a virgin joke/comment counter going for the first two hours of the show – also why the FUCK was the premier 3 hours, that was a load of fucking bullshit – and there were NINETEEN COMMENTS ABOUT IT. There were 10 in the first hour. And they showed Colton maybe twice in the first hour?? Like, come ON! Get some new god damn material. They were drinking virgin cocktails, and Chris kept saying “what does he have to lose!” and they cut back to him getting sent home right before the fantasy suite on Becca’s season. It was TACKY. I love me some drama and I love reality TV, but if the most drama about this guy is that he hasn’t stuck his penis inside of a girl in his 26 years of life, I don’t fucking care.

You could tell he was uncomfortable as shit every time a girl came out of a limo and made a virgin joke. From “I just took your V card” to “now that I’ve popped your cherry” TO A GIRL SHOWING UP DRESSED AS A SLOTH BECAUSE “he likes to take things slow.” Every single time someone did something at all related to his sexual history or lack thereof, he nervous laughed and awkwardly hugged them. I’m sorry but WHAT. Actually, I’m not even sorry. I’m so unbelievably annoyed that this is the topic of conversation for this season. WHOMST THE FUCK CARES. If this was the bachelorette and all we could talk about was her lack of having a sexual partner, people would be pissed. There is literally nothing different about it being a guy.

Girls kept making comments about the fact that it’s insane that he’s a virgin because he’s so hot. Yeah, so he’s hot, doesn’t mean he has to have had a million sexual partners. He’s talked about it so many times before. He was so focused on his football career and everything else going on in his life that he didn’t have time for a relationship. UM, RELATABLE. Not everyone’s first priority is getting banged. There’s literally a contestant on there that hasn’t kissed a guy, and she’s gorgeous! If we’re not going to judge how many people someone’s slept with, we can’t be out here juding how little people they’ve slept with. THANK U, NEXT.

Unless we’re talking about The Virgin fucking Mary, the mother of Jesus god damn christ, I don’t wanna hear about how crazy it is that someone’s a virgin. Unless you are apart of the immaculate conception, I DONT CUR.

Anyways. I will be watching the Bachelor every Monday with my friends, so there is a high possibility that there will be several blogs about it this season. There will most definitely be tweets at the very least. Stay tuned ladies and gents.