In the wake of the Red Sox winning the 2018 World Series, I really got to thinking about being a Boston sports fan. In the past 18 years, Boston teams have won 11 championships. That’s 11 nail-biters, 11 potential heart attacks, 11 parades, way more than 11 long nights. You know what’s even worse than that though? All the times we didn’t make it or lost it at the last second. You truly have not felt heartbreak until you’ve watched your favorite team go undefeated in the regular season and losing it all in the Super Bowl. It’s a black spot on the Patriot’s and Tom Brady’s dominance. You won’t find a hater that won’t mention it. And you won’t find a Patriot’s fan that isn’t haunted by that catch that shall not be named. You know what I’m talking about. There’s a reason that weekend was the worst weekend of my life…

Being the best isn’t all fun and games. The wins feel good, but the losses hurt, and they hurt hard. Since 2000 Pats fans have watched the Patriots lose 3 Super Bowls, 4 AFC Championships, 2 divisional rounds, and a wild-card game. We were THIS close 10 times. That’s double the number of Super Bowl’s we’ve actually won. And of the championships we won, they were all won the last few seconds. Between Vinatieri field goals, last-second interceptions in the end zone, and overtime drives, each Patriot’s Super Bowl was more stressful than the next. The Patriot’s have a flare for the dramatic, and I swear to god when I inevitably die due to heart failure, please invite the entire Patriot’s organization so they can see what they did.

Take this last season for example.

The Patriots were undefeated at home, first in their division, and went 11-5 and ended up with home field advantage and a bye. Patriots fans across the country were shook. They were upset. Their team wasn’t playing up to par. Any other team would have had a field day with those stats… But not us. We need to be the best. The Miami Miracle destroyed us and at the end of the day, it didn’t even make a difference because we’re still going to the big game even after losing home field advantage.

And it’s not just us. It was EVERYONE. The Patriot’s sucked. Tom Brady was falling off the cliff. He was done. We were done. Brady went in ranked below every other starting QB in the playoffs by the so called “professionals”. They counted him out. We weren’t supposed to beat Kansas City. We weren’t supposed to defeat Patrick Mahomes in his stadium. The literal loudest stadium in the NFL. 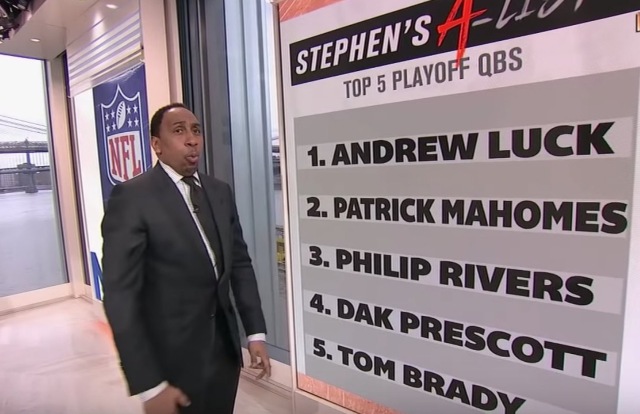 We did. They bet against us. And we ate. it. up. We left Kansas City with our chins up high, smirks on our faces, and our bags prepacked for Atlanta. Or were they prepacked?

I died and came back to life about 6 times during the game. Our neighbor, jokingly, texted my mom telling us to keep it down. My mom HOPPED over our ottoman and was pacing the living room and screaming. She called my Papa at halftime, when we were up 14-0, and was ranting about how stressed she was. It’s never enough. And Pat Mahomes almost had us. That kid has a fucking arm. I don’t know why I refer to him as a kid considering he’s older than me but only by about 5 months. Pat Mahomes will be a champion someday, just not today. He threw some DIMES. He marched down the field and nailed a couple TDs QUICK. But he made one fatal mistake. He let Tom Brady get the ball back.

The second the game went into overtime I knew the game rested on the coin toss. If we could win the toss, I knew the game was ours. Matthew Slater, I love you so god damn much. Tails never fails except when it’s up to Matthew Slater. We want the god damn ball so we can give it to Touchdown Tommy and plow down the field and win the damn thing. I think I died in that moment. The second that ref said “it’s heads” I knew we were going to Atlanta. Does that mean I wasn’t still watching the game through my fingers, clutching my ratty old Patriots blanket? I was still stressed. If this season taught me anything it was that any team can win any game on any given Sunday. Fuck you, Miami Dolphins.

I’ll see you in Atlanta, ladies and gents. Well not actually because I don’t have coin to drop on plane tickets or SB tickets, but my god damn team is going to the Super Bowl for the third time in a row and for the 9th time with TB12 and Belichick. Let’s Fucking Go.