I usually have some strange DMs. It’s a mix of “brands” wanting to work with me, and old men trying to hit on me. But this DM is probably the weirdest one I’ve ever gotten.

I very rarely answer my requested DMs, but I look at them often to give myself a good laugh and to check in and make sure the male population is still #trash.

So I’m looking at my DMs and come across this absolute GEM.

In the name of content, and being broke, I responded. I simply asked how much he was willing to pay. In my head, I was thinking for anything over $100 I would have to think about it. Like to just film a video of myself farting? And get $100? That’s not the worst thing a girl could do for $100… People suck dick for less!

I called up KFC radio because who else would you ask about this kind of shit? I asked them what was the least amount of money you could accept for this. They pointed out that most likely, the entire point of this would be for the guy to see my asshole. Sorry to any family that is still reading this blog… A fact that I did consider, but honestly I was just planning on being like, ‘nah I’m keeping my leggings on, thank you very much’. Long story short, Feits said about $1,000. Which for that I absolutely agree, I’d more than THINK about it. Again, people have sucked dick for less.

Fast forward several hours, I had almost forgotten it, until he had responded. 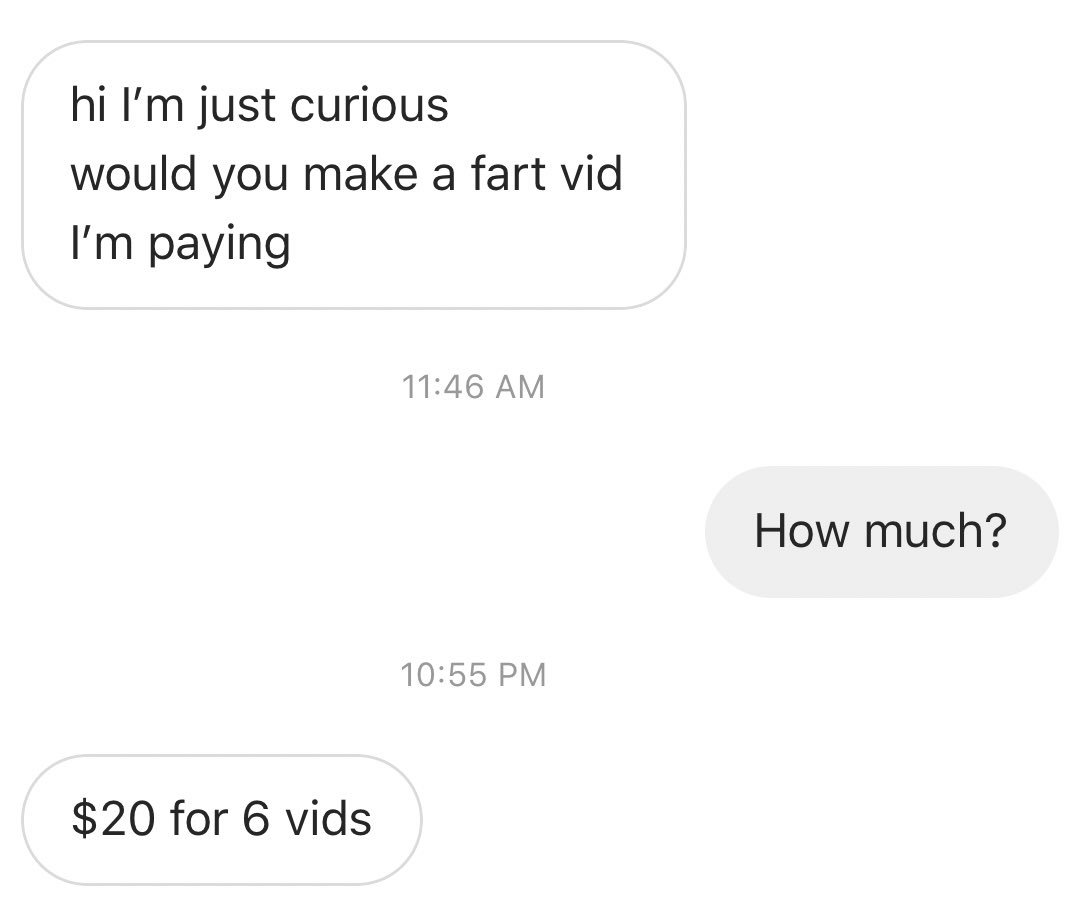 For those of you not good at math, that’s $3.33 a video. NOT what I was thinking at all. I politely declined and told him that it is just not worth my time for less than $4 a video. He asked if 5 videos for $20 would be okay. Oh yes, less than $4 was not okay, but $4 would be absolutely okay! No thank you!! Looks like I didn’t catch my big break and I will remain broke for the foreseeable future.