Zoey 101 was and is a TV classic. It was a staple in my house, and honestly, sometimes I still rewatch episodes. I wanted to go to PCA more than anything in the world! I wanted to hang out with Chase, Michael, and Logan. And be friends with Zoey, Nicole, Quinn, and Dana. So when I saw that the had a reunion, I was HYPE.

BUT. Someone is missing. Well, two someones are missing. Zoey for starters. Jamie was filming in Atlanta, so she couldn’t be in attendance.

The other missing cast member was my fave, boy crazy Nicole. Nicole, played by Alexa Nikolas, WASN’T FUCKING INVITED. They did my girl so fucking dirty!!! Alexa posted this on her Instagram story.

She also posted 2 videos (1 and 2) of her crying and saying that the reunion was bringing back childhood trauma.

I remembered a little bit of what had happened with her and Jamie, I knew they hadn’t gotten along and that was part of the reason Alexa ended up leaving the show, but what I found out after a few Google searches was INSANE. 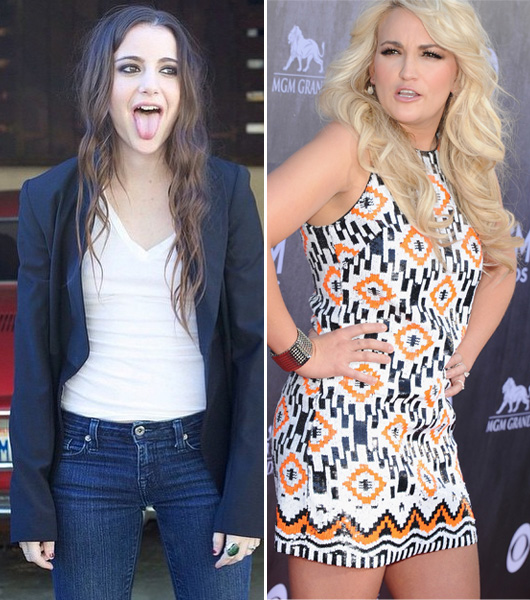 That year, on Alexa and Jamie’s shared birthday, Alexa posted a throwback photo of the two from set with a caption noting that they may share birthdays but they, thankfully, didn’t share personalities. 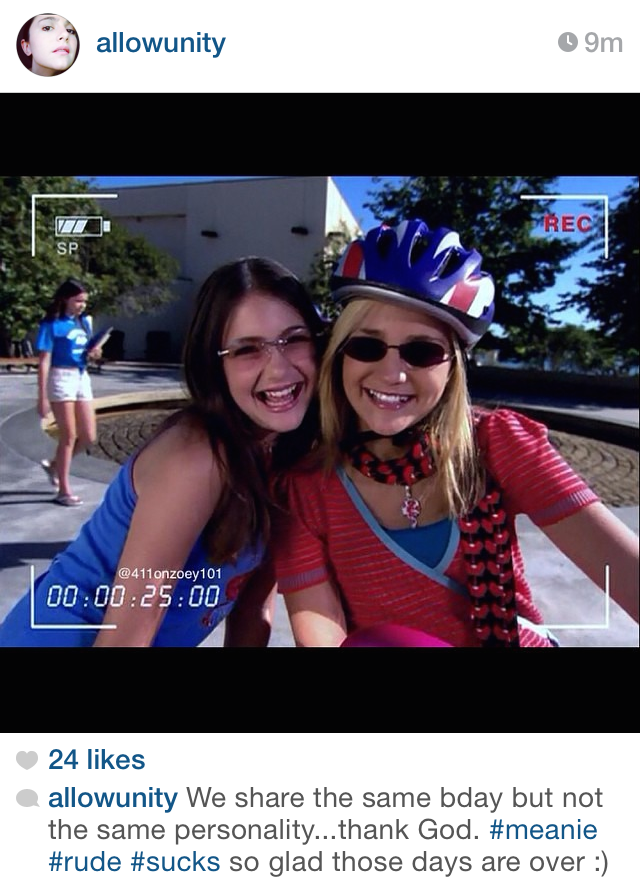 Alexa ended up deleting the caption, but we all know the internet lives forever. Clearly, considering it’s now 2019 and we have the OG caption.

OKAY. Now that you’ve read all of that, forget all of it. It wasn’t Alexa that posted that, it was an Alexa fan account. Turns out Seventeen is a more reliable source than J-14, who knew.

Even though this wasn’t actually Alexa, this isn’t the first we’ve heard about their animosity. They’ve disliked each other since they were preteens. Brittney Spears got involved!?

Way back in ’05, Brittney showed up on set and screamed at Alex, calling her an “evil little girl.” She also told Alexa that she needed to be careful or she would never work in this town again. I mean, that’s straight from a movie!! I didn’t think people actually said that. Brittney made sure it was clear who the star of the show was, Jamie and not Alexa. Um, the show is literally called Zoey 101, after Jamie’s character, I highly doubt Alexa thought she was the star, but go off I guess?

Some more digging, I found a video from 2007 of Alexa talking about Jamie getting pregnant. You know that huge life-altering thing that was partly the reason for Zoey 101 ending… Alexa said she hopes “she makes more responsible decisions in her future, ’cause that’s intense!” She goes on to say it again, hoping she makes better decisions in the future. When asked about working with Jamie she talks about how she “left the show for an uncomfortable working environment,” and that her and Jamie didn’t speak anymore. The paparazzi also asked her about meeting Brittney Spears, and Alexa avoids the question but says she loves her new song Gimme More. Wow. THROWBACK.

The whole video was very strange… It was a paparazzi interview… Which you never see? The pap was literally interviewing Alexa and she was answering all his questions and was very comfortable talking to him, where usually you see celebrities running away from paps.

Back to 2019. We don’t know why Alexa wasn’t invited to the reunion. I can only assume it was because she was only on 2 seasons of the show, half of the show’s run. But it could also have something to do with the drama between her and Jamie, even though Jamie wasn’t there. According to Dan Schneider, creator of the show, it was a very last minute set of plans:

“Some Zoey 101 buzz got me talking with my good friend Sean Flynn (“Chase”)… and within about 72 hours, this happened!” Schneider wrote. “I’m not sure how I feel about my new glasses, but that was one of the most fun nights ever. A wonderful cast of kids then, and even better all grown up! Much love/respect for all of you!”

None of the other stars have commented on Alexa not being there, but hopefully, we’ll get some tea soon!!