The other night I could not sleep. And all I could think about was whether or not Clark Kent kept his glasses on when he has sex and consequently when he goes to sleep with said women. The glasses are the only thing that separates Clark Kent from Superman and the second he takes them off everyone’s like oh shit it’s Superman! 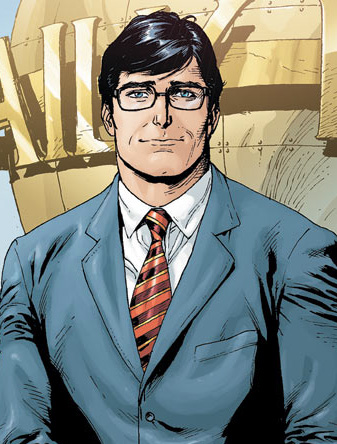 This guy for sure pulls girls! He’s a smoke! Maybe I’m just a hoe for think rimmed glasses, but like Clark Kent could get it. I’m assuming if I find him attractive the women of Smallville would too, leading me to believe his sex life is bumpin’. Maybe he didn’t sleep with anyone for fear of being found out.

I originally assumed Lois and Clark dated, but after finding an entire Wikipedia page dedicated to Superman and Lois Lane, I was kind of wrong. It’s described as a love triangle between Lois, Clark, and Superman. Lois didn’t want jack shit to do with Clark Kent until he toughened up and became “more outgoing, aggressive, and assertive.” I mean, same girl. They THEN started dating and Clark eventually proposes, and he doesn’t tell Lois who he is until after they’re engaged, that’s when she finds out that he’s Superman. WHICH MEANS. They probably had sex, and they probably slept in the same bed together at some point in time.

So I did some research. I Googled “Clark Kent and Lois Lane in Bed” . But there are no photos or comic strips present of Clark and Lois in bed, only Superman and Lois. Meaning no glasses.

Which means that Lois and Clark Kent didn’t have sex. Meaning Clark Kent was probably a virgin and Superman is a hoe.

This just confirms my suspicion that Clark Kent would have been found out if he slept with a woman and took his glasses out, therefore he did not partake in such relations until after marriage. How wholesome.

Thanks for coming to my Ted Talk.

If there are any comic book nerds out there that read my blogs and have some real insight for me please let me know. For all, I know there’s an entire comic book dedicated to Clark Kent’s sexcapades.