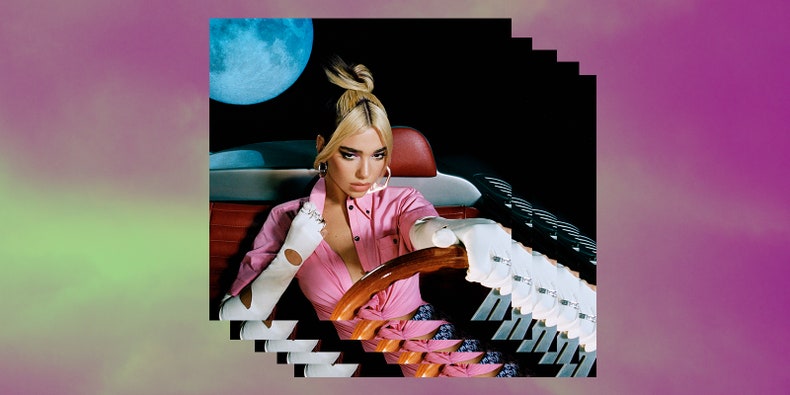 I’m a doggone Dua Lipa stan guys. I live and breathe by this woman. I love her so much, and her new album is fucking spectacular. It’s the only thing I’ve listened to for the past 2 days. The album wasn’t supposed to be released for another 2 weeks, but Dua Lipa said, the people are bored at home, let them have some fun. And fun we had. I actually saw an article titled “Dua Lipa Wants You To Take  Break From The End Of The World and Dance,” and dance I shall do. All day, every day.

From dance bops to feminist icons, this album has it all. Don’t Start Now was already blowing the fuck up, and Dua Lipa really was just like ha ha wait I got MORE. Physical is a certified banger and Boys Will Be Boys is filed away for the part of me that truly just despises men. “Boys will be, boys will be boys, But girls will be women” is so fucking iconic it actually hurts me. Think of the woman marches signs!!!!! I already painted it TWICE. I’m a fucking psycho, but it’s fine.

Physical, Don’t Start Now, and Future Nostalgia are the high energy dance songs I crave from pop stars. They’re the kind of songs that truly just make me want to nonstop dance and scream sing.

Good In Bed is the frenemies anthem the world didn’t know it needed but deserved. I mean everyone has someone that kinda sort hate and can’t talk to, but the sexual chemistry is off the charts with! Okay, maybe not everyone, BUT it feels relatable at least.

I could go on forever, but my head hurts, and I really just wanna lay down and blast this album, so I’ll stop and let you just listen. I swear to god, just listen and you’ll thank me later. Fucking phenomenal showing from our girl Dula Peep.

Speaking of certified bops, make sure you vote in the Elite Eight of the Middle School BANGERZ bracket!!

Here’s the schedule for the remainder for the tournament for those curious: