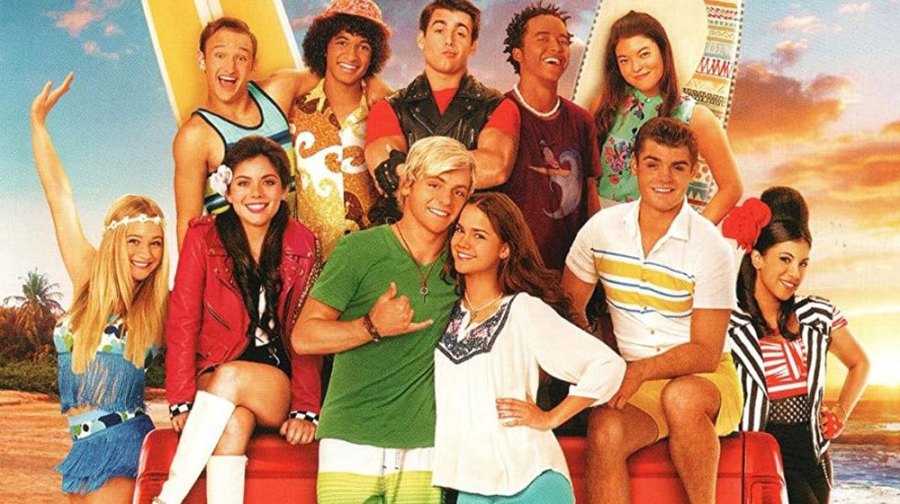 Okay, I’m a DCOM fucking fanatic, they’re my favorite movies to watch while drinking with friends, and Teen Beach Movie is no exception.

The snow day today (I’m time traveling, this is getting “posted” on February 2nd, but I’m writing it on February 3rd, don’t worry about it), left me and my roommates nothing to do except shoveling our driveway, drinking, and watching crappy movies. And we decided to watch both Teen Beach Movies and they did not disappoint.

I’ve seen the first movie before, I spend several summers teaching at dance camps for little kids, and they loooooved this shit the summer it came out. And I did too. The first movie is pretty dang good and the music fucking SLAPS. Cruising for A Bruisin? Oh my fucking god, I know the dance to it. Like I fully can do the overly choreographed danced number that they perform in the movie.

At the end of Cruisin For a Bruisin, Ross Lynch says “wow I’ve always wanted to be in that number” And bro, SAME. Like that shit SLAPS, and it’s so fucking fun to dance to.

If you’ve never seen Teen Beach Movie, you’re probably like what the fuck is the god damn plot? Well in short: Ross Lynch and The Girl From The Fosters end up getting sucked into an old movie from the 1960s that’s a weird parody of West Side Story, Grease, and those old school beach movies, called Wet Side Story. And while they’re in the movie, they fuck up the plot, meaning they become part of the movie and can’t get back to normal life. So they have to recreate the ending of the movie correctly before they can go back home. In the meantime, they’re singing and dancing to absolute bops of songs.

I think I like the first movie so much because a) I have a lil baby crush on Ross Lynch’s dumbass. He’s a terrible actor, but he’s just a little cutie, b) it’s wicked dance heavy. You can tell that the extras are all actual dancers, two of them were actually on seasons of So You Think You Can Dance. But I say “actual dancers” because usually for DCOMS they hire talented people, but dancing is not their number one talent (cough cough Dove Cameron in Descendants… I mean the girl isn’t even fucking trying…) but this movie is sooo dance heavy, you can tell the extra’s are professional dancers first. Jordan Fisher, heard of him!? is one of the secondary characters, and he’s a phenomenal dancer on top of his fucking Broadway resume.

In the end Teen Beach Movie is pretty campy and ridiculous, but it’s supposed to be a parody so it makes complete sense. The plot get’s a little whacky near the end, because the plot of Wet Side Story is fucking whacky. They have to defeat an evil scientist trying to change the weather on the beach? It’s weird and confusing and I genuinely forget it’s going to happen every single time.

By the time we got to Teen Beach Movie 2, I was pretty fucking drunk, so my only real thought was that the plot made way more sense, and I love the himbos that are Tanner and Ross Lynch. It’s Ross Lynch and The Girl From The Fosters during the school year realizing that they’re very different people than they are in the summer, and the two main characters from Wet Side Story somehow – through the power of a magic Hawaiian necklace? – make it to real life. So they’re all dealing with this new reality with these fake movie characters, while the rest of the characters of Wet Side Story are dealing with the fact that the main characters are now just fucking gone.

It’s whacky in the sense that the movie characters really shouldn’t have a sense of what’s happening but for some reason they do. But it’s cute and again, the himbo that is Tanner made me laugh every single time. So overall it was a pretty good fucking movie. Great flick for your next drunken zoom movie night honestly.

If you need me I’ll be listening to Like Me and Cruisin’ for a Bruisin’ on fucking repeat for the foreseeable future.